A little bit of History... 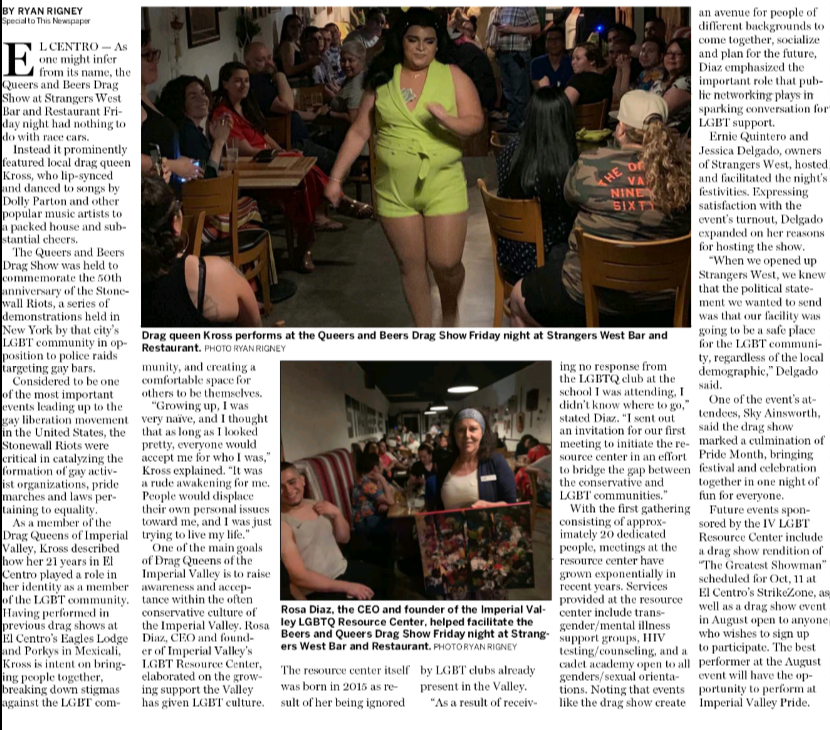 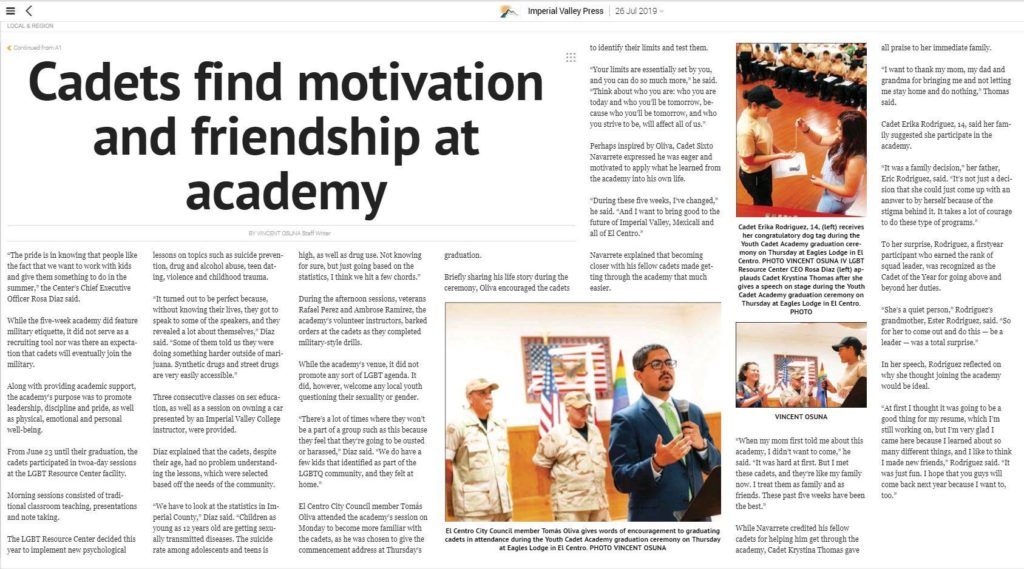 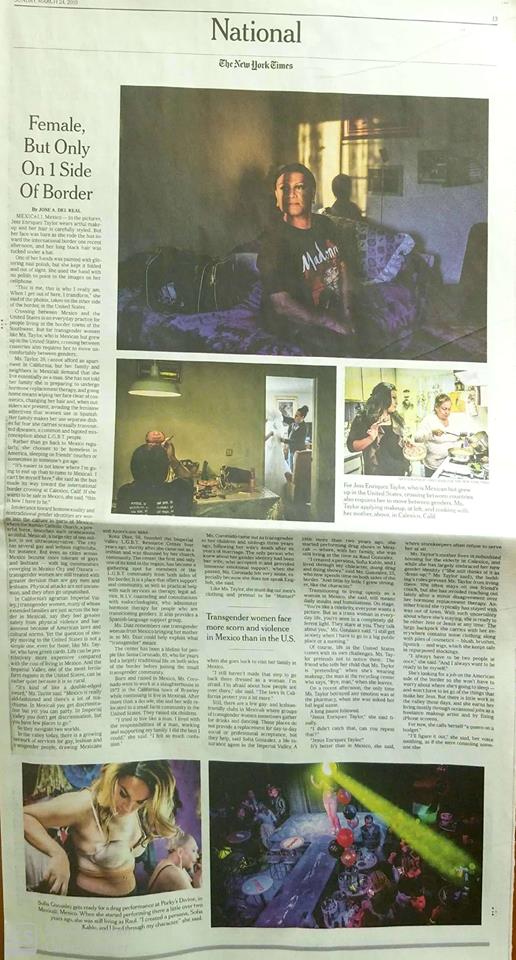 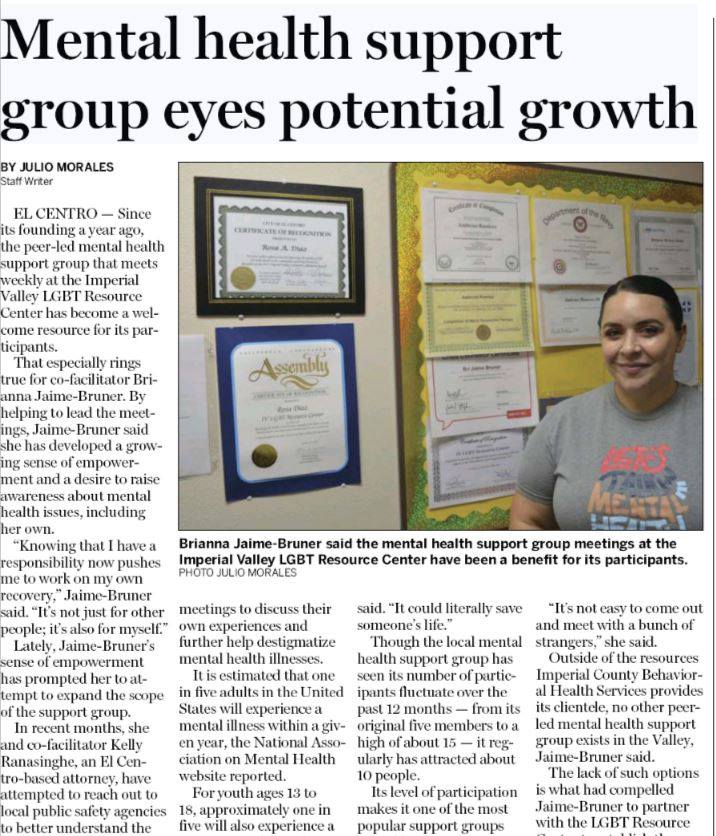 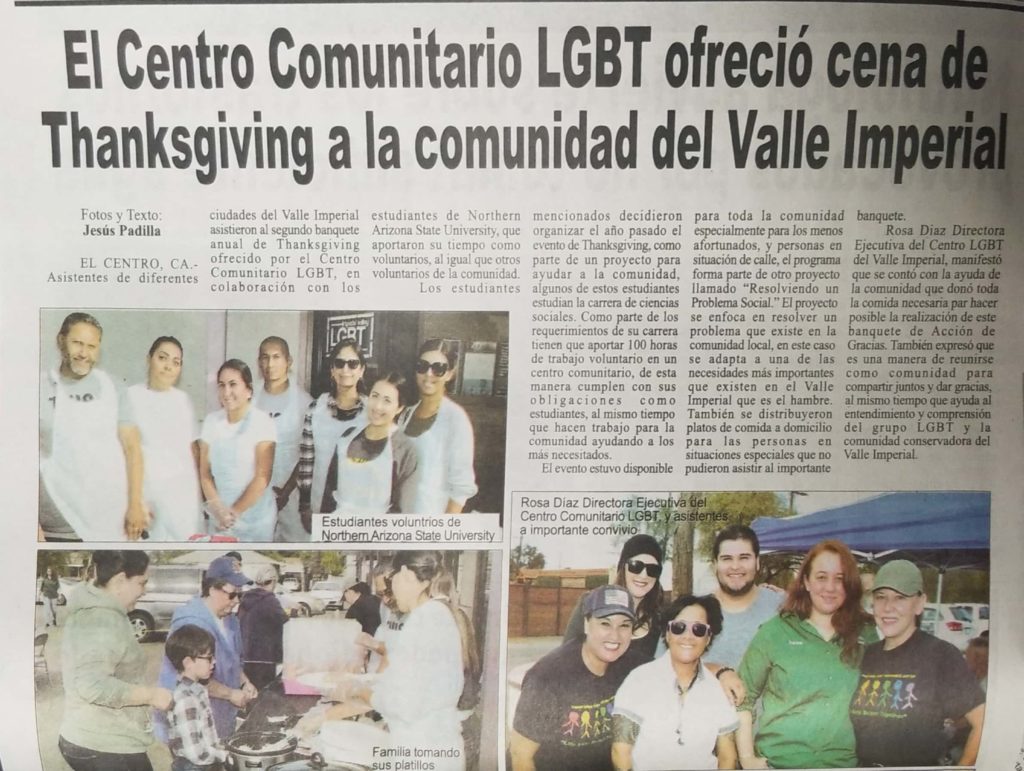 Longtime JMG reader Luis sends us the above photo from the grand opening of an LGBT center in Imperial County, California. If Imperial County rings a bell for you, that’s because it was once at the center of the Prop 8 battle that eventually ended up before the US Supreme Court. Anti-gay groups turned to deeply conservative Imperial County because they needed a governmental body to defend Prop 8 when the state refused to do so. Luis was interviewed by the Imperial Valley Press:

Hundreds of people took part Friday in what many here are calling a major milestone for the local gay community: the grand opening of the Imperial Valley LGBT Resource Center. Among them was Imperial resident Luis De La Cruz, who clearly remembers the wide support Proposition 8 had received in the Valley during the November 2008 state elections. He also clearly remembers feeling embarrassed for the county in 2010 after a local elected official took part in defending the same-sex marriage ban, which had been challenged in federal court and was ultimately struck down by the U.S. Supreme Court in 2013. “In less than 10 years we went from Prop 8 to opening the very first LGBT center (in the Valley),” he said. “It seems like a giant step forward.” Since word had gotten out that the resource center was in the process of opening its doors here in El Centro, De la Cruz, who is openly gay and a volunteer at the center, said it has received an outpouring of support from a wide range of local individuals, agencies and organizations.

RELATED: In 2011 the Ninth Circuit Court ruled that Imperial County did not have standing to defend Prop 8. In 2012 the Ninth Circuit overturned Prop 8 on constitutional grounds, but stayed their ruling pending the final decision by the US Supreme Court, which came in June 2013 on the same day that the Court struck down DOMA.

Brawley resident Rosa Diaz grew up like most Christian girls.

Her faith was strong, her involvement with her church was strong, so much so that after graduating from Brawley Union High School in 1983 she went on to Bible school to pursue a bachelor’s degree in Christian education.

She then pursued a master’s degree in counseling.

She married, had two daughters, worked for the Imperial County as a social worker for years, lived what many would consider the normal life, all the while struggling with a reality that only in her 40s did she come to terms with — she was a lesbian.

“Coming back to the Valley, I basically ignored the fact that my sexuality, even now still it’s not something I wanted to deal with,” she said. “But as time goes by and you realize there’s something missing and you have to be able to live life as you see it.”

Her story isn’t isolated, even as state and federal laws work to protect members of the lesbian, gay, bisexual and transgender community and give them rights as any opposite-sex couple, most still face negativity about their sexuality.

According to the Human Rights Campaign’s website, 92 percent of the LGBT youth community say they hear negative messages about being LGBT with the top sources coming from school, the Internet and their peers.

That’s one of the reasons why Diaz formed the Imperial Valley LGBT Resource Center in El Centro, which has quietly been in operation for a few months — it is set to have its grand opening Oct. 9.

“I believe that there are young people that can be helped at an earlier age so that they can live a healthy life,” she said.

Diaz first formed Abide LGBT in September 2014, a faith-based group that welcomed members of the LGBT community looking for spirituality. As the group grew, she realized members wanted more than just spirituality, they wanted resources.

“Someone to help them with what they were going through,” she said. “They wanted encouragement and that’s when I realized we needed more in the Imperial County.”

She opened the center, located at 1073 Ross Ave., suite D in El Centro, which has been forming meetings with various agencies in the Valley — one of them the Area Agency on Aging — to learn what benefits it can provide.

“One of the things we wanted to make sure happened at that board meeting was that the LGBT Resource Center understood that the county of Imperial has a number of programs, of services available for seniors,” said Area Agency on Aging Manager Cheryl Viegas-Walker, who attended one of center’s board meetings recently.

The center has been in operation for a few months, operating with donations including with the help of a Los Angeles-based lawyer that helped the center acquire its federal nonprofit status.

Little by little, members of the LGBT community have attended the center’s meetings, looking to learn about what resources the Valley has to offer.

“Some people were going out of town to find resources,” Diaz said. “The response from the agencies is very good. I think they realize it’s time to target the LGBT community and offer the service’s we’ve been lacking.”

Diaz said the center is a safe haven. A place where members of the LGBT community can learn about various resources from applying for government assistance programs to information on artificial insemination.

At the grand opening, it will have music, presentations, information and is inviting everyone to attend to learn about the center without fear of being discriminated.

“This is going to be a safe place,” she said. “They know they’re coming to a center where they won’t be judged or criticized and be accepted.”

The Imperial Valley LGBT Resource Center is open from 9 a.m. to 3 p.m. Monday through Friday at 1073 Ross Ave., suite D in El Centro. Call the center at 760-960-1705 or email the center at info@ivlgbtcenter.org or on its Facebook page /ivlgbtcenter